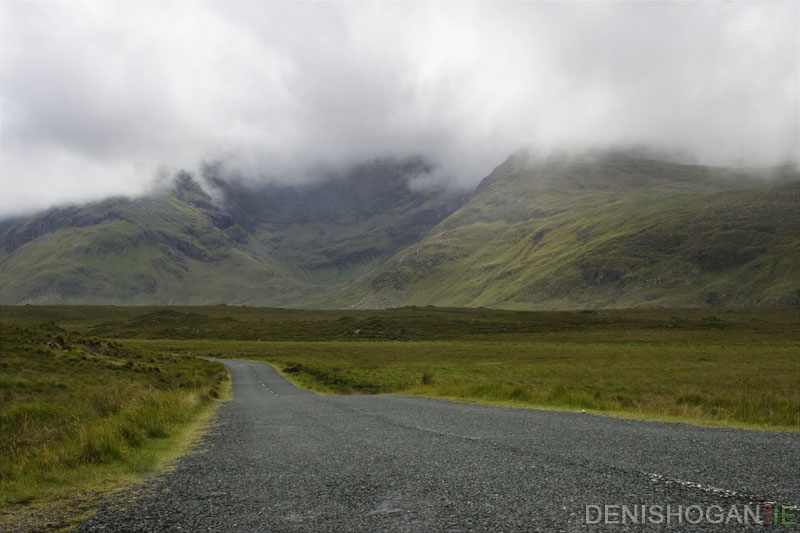 Taken on the road to Leenane from Louisburgh. I took a few different shots of this particular view. For me the road provides scale, but I’m not 100% sure about the composition at the same time. Comments and thoughts appreciated.

< Louisburgh Turf
Home
For whom the bell tolls > 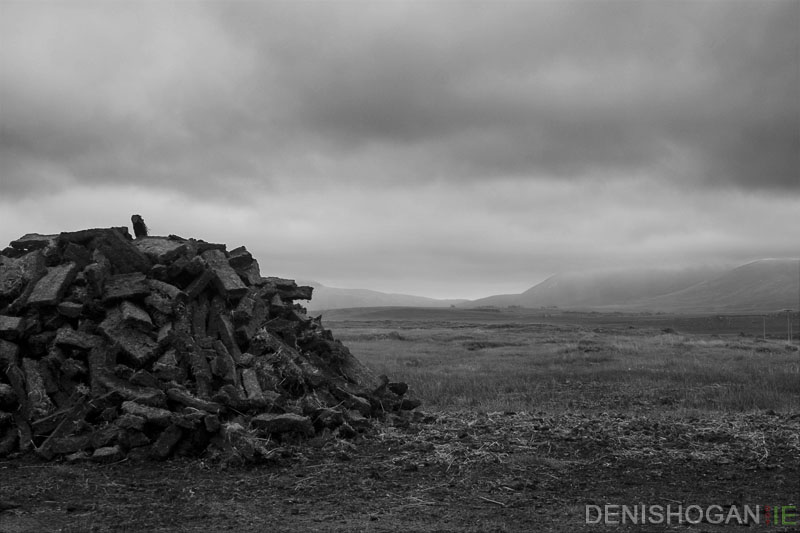 Taken a few miles outside Louisburgh, Co. Mayo if my memory serves me correctly. Beautiful part of the world – if a little bleak at times.

Happy New Year everyone! This shot was taken at the Honda 50 ride-out at Pumpkin Festival in Virginia, Co. Cavan last October. I really like the movement and the colour of the bike. To me it looks like an honest bike – I’d say it’s used very regularly judging by the paint job.

A few recent changes to the site are explained in the new/old blog. Time is short these days with the wedding a little over a month away. But I have lots of photos waiting to be processed – I hope to keep posting over the next few weeks.

A tetraptych of shots taken at the OUTSTANDING soapbox race at the Pumpkin Festival in Virginia, Co. Cavan.

This particular entry was made out of two wheelie bins – making a fine Massey 165. Maximum attack is the only way to describe this drivers approach. He stayed off the brakes all the way down to the straight, getting big air off the jump. Unaware of the recent departure of one of his rear wheels on landing, the driver demonstrated incredible commitment – opting to look down the road as he poured on the opposite lock, deperately trying to wrestle his machine back in line. This guy was determined to make it home. Unfortunately it wasn’t to be, the wreck came to a standstill in front of us. After being helped from the Massey by the marshals, the driver walked down the course smiling for the cheering crowd, carrying his only souvenir of the event, the rogue rear wheel. Theres always next year.

Seriously, we were really impressed by the engineering, bodging, creativity, driving skills, commitment and general lunacy of all the teams involved. Well done to all.

We’ll be back again next year – with a racer of our own. I think we’ve found something new to do in the Motorsport off-season next year. 😉

Eanna and Stephani were kind enough to bring Síofra and myself up to the Pumpkin Festival in Virginia, Co. Cavan back in October. The festival was much bigger than I expected, with lots of huge pumpkins, food stalls and entertainment – it made for a great day out.

Another from the challenge set by ivansantry – “A car at night”.

A HUGE thank you to Kevin – he answered at least one hundred questions from me while he explained the positioning and power of all four strobes used in this shot.

The car is a BMW E36 M3 as run in the National Hillclimb and Sprint Championship. The post title “354” is a reference to the class that I race in and the position I finished in last year. The 35 stands for Class 3B (unlimited saloons – anything goes power-wise) and the 4 is where I finished in the class in 2009. As it happens, after managing only five rounds of the championship this year, I finished in the same position, so I will be in Car 354 for 2011 again. Fingers crossed I’ll get out for a full season next year and finish a little further up the field.

The second in a series of shots from a challenge “A car at night.” set by ivansantry.