A PR company, Simply Zesty (via Stephen over at Galloping Green), got in touch last week about a campaign Nokia were running for their new flagship model – the N8. Basically they were looking for a few photo bloggers to take photos at various locations around Ireland (Stephen Holmes in Dublin, Kevin Murphy in Limerick, Ronan Palliser in Cork and myself in Galway) on an N8. The brief: Photos of recognizable places in Galway.

I’ve often shot with a specific theme or subject in mind for club competitions before, but I’ve never gone on a photo walk and tried to shoot recognizable places or areas only. I normally snap everything and anything that catches my eye. I found this to be a bit of a challenge.

I’m an old Symbian fan, so I was eager to see what the newer version would be like. It’s not a complete departure from the older versions – more like a major evolution. Definitely a step in the right direction. I’ve only really experienced the handset as a Camera rather than in any other function, so I can’t really comment on its other functions. That said, I did notice on one menu that the N8 has an FM transmitter built in – I haven’t tested it, but that is nifty!

The N8 comes with 16GB storage and is equipped with a 12 Megapixel camera “with Carl Zeiss optics” – pretty decent specs for a compact camera in my book. More so considering that my 30D is only 8 Megapixel.

By default, the camera is set to 9MP with a 16:9 aspect ratio instead of the full 12MP that the N8 is capable of (with 4:3 aspect ratio). Fortunately I noticed before I started shooting for the day (thankfully).

The only gripe I have about the camera on the N8 is that when you close the camera application, it loses all of your settings – which caught me out more than once.

I planned to take shots of about forty city landmarks and had an approximate route planned for the day. The general idea was to get into the city early while it was quiet and take in the sunset that evening. I gave myself a very generous twelve hours on Saturday and as much time as needed on Sunday. I made it into Galway at about 0650 on Saturday morning to discover the weather wasn’t going to play ball. It was really overcast and the light was incredibly flat. There was no real contrast, everything looked dull and grey. I couldn’t believe it after the beautiful week we had last week.

One thing that really disappointed me was the amount of litter around Galway. On the streets, in the Corrib and the canals – it was bad, really bad. Absolutely filthy.

The weather looked to be brightening up a bit after eleven, so I literally ran to all of the major landmarks on my plan for the day and managed to get some of them in sunshine. This is where the camera on the N8 came into its own, the colours were coming out nice and bright and the auto focus worked a treat. It didn’t take long to get used to the controls – using its predefined modes to control depth of field. In fact, I liked how easy it was to use. Unfortunately the sun only stayed out for about forty five minutes and I was plunged back into the flat, grey light.

The only thing that limited me for the day was the fixed focal length. It’s not something that would bother me long term, but I found that shooting many of Galway’s larger buildings like the Cathedral or St. Augustines church (not so big, but in a confined area). This is more to do with the layout of the streets than an issue with the phone – as it is very capable when it comes to shooting landscapes.

I actually learned a lot during my twelve hour walk around Galway with the N8. Neither of these points will come as a revelation: 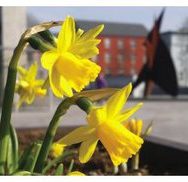 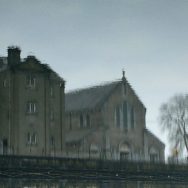 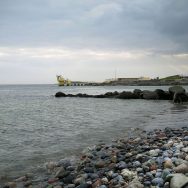 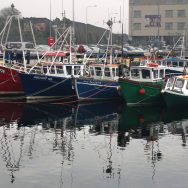 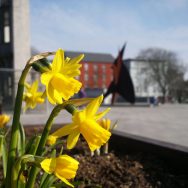 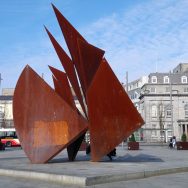 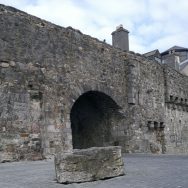 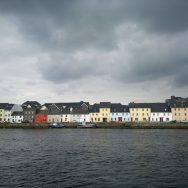 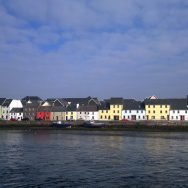 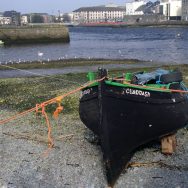 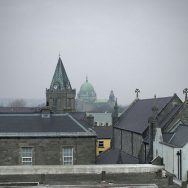 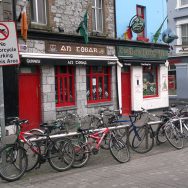 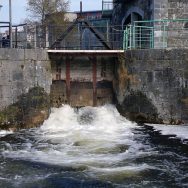 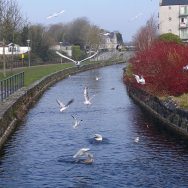 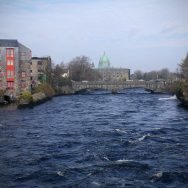 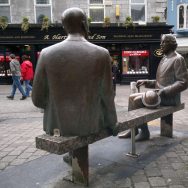 I had a super day out with the N8 – I really enjoyed myself. It took a little bit of getting used to, but when you do it’s a very capable camera with a bucket load of storage built in. One thing I loved about it, when compared to any of my older Symbian Nokias, is that you don’t need to install the PC suite to access your photos. Simply plug the phone into your computer with the bundled USB lead. I was expecting heartache in this respect, but was delighted to see that the process was quick and completely painless. I have only looked at the handset in the context of its camera.

While I was asked to take photos by imply Zesty for Nokia, I was not asked to write about my experience. The content of the post above is entirely my own (including grammar and spelling mistakes) and has not been edited or reviewed. It is my account of a day out with a new camera.

In return for my participation, I have been given the phone to keep.

The billboard is up somewhere in Galway, but I can’t find it. This is what it looks like:

< For whom the bell tolls
Home
Kylemore Abbey >