Taken on a lovely bright, still morning in Curraghchase. 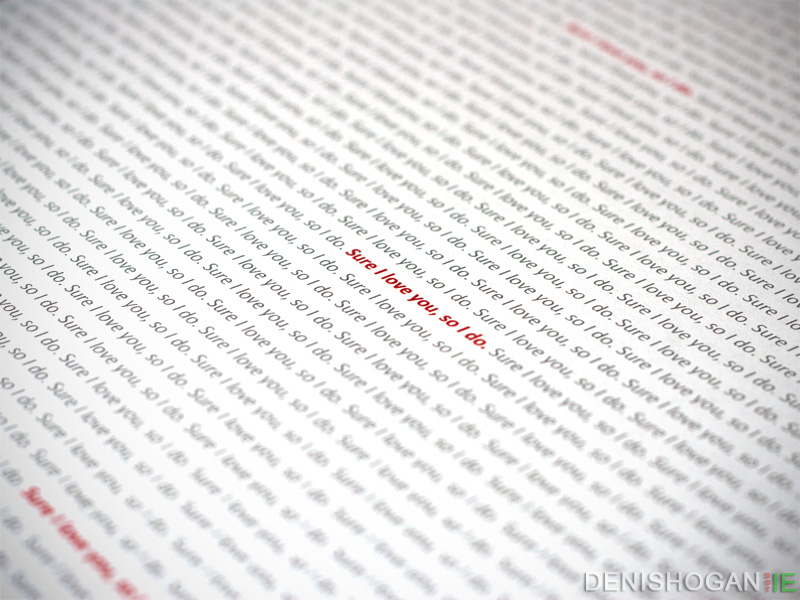 Síofra and I were a year married on Feb. 10th. In the absence of decent wrapping paper, I made my own! Happy anniversary Sí. x

This chap can only be described as a character. I’ve known him for a long time now. He recently got in touch and asked me if I would mind taking a few shots for him playing his guitar “for a laugh, like”. For something that was only supposed to be for a laugh, I have to say there was a lot of undirected (natural) shaping going on!! 🙂 Although I do reckon he’d make a great model – if only for his ability to follow direction (oh, and his rugged good looks).

It was a miserable bloody day – stormy is the only way to describe it. We ended up spending a few hours out in the rain around Adare getting the shots, I have to say, it was nothing short of hilarious. I’ll be posting a few non-50mm photos from this set over the next few weeks.

Alas, I won’t see the lad for a while now as he is moving abroad. Fitz, best of luck with your new career working as a Musical Weatherman on Dutch national TV!! 😛

An old ZV reg Landrover parked up at Moll’s Gap between Killarney and Kenmare. An unusual location to try and sell a vehicle, but kind of fitting given the machine that it is at the same time! 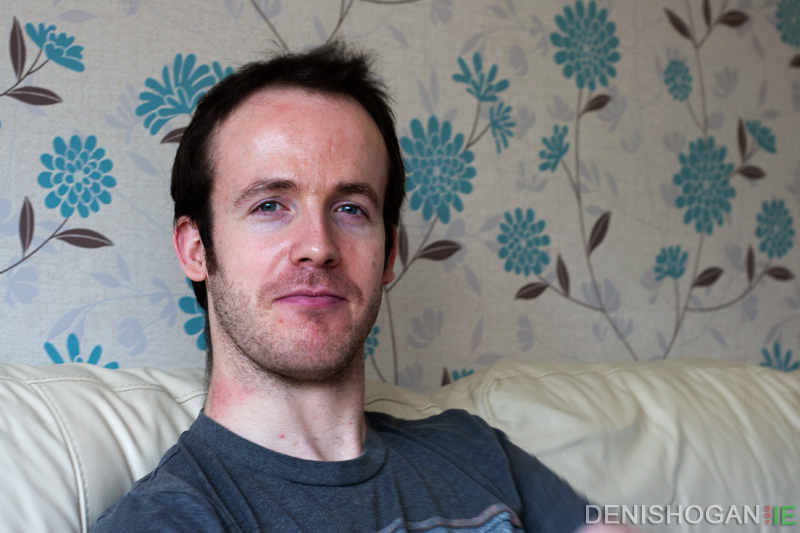 Gary, my travel companion for the trip over to see Northampton v Munster back in January. He was kind enough to sit still (just about) for a few seconds to have his photo taken! 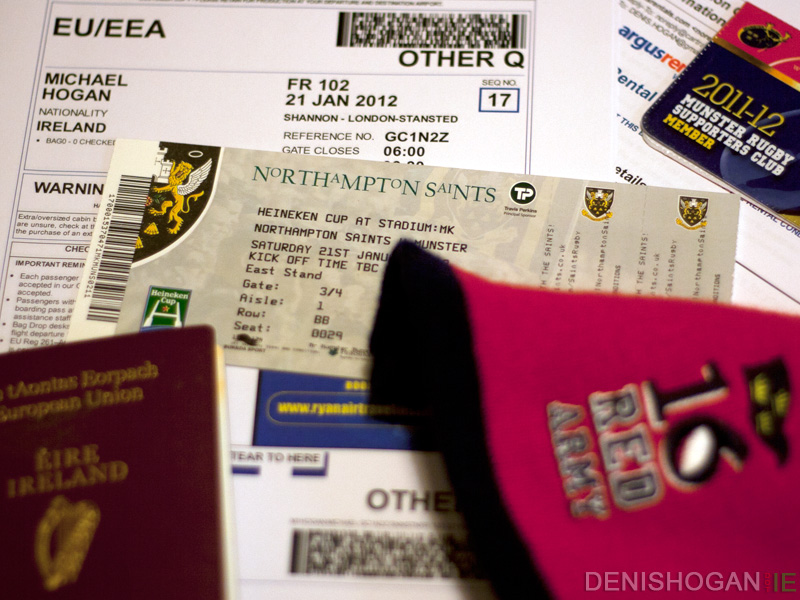 The second shot in my 50@50 project. Back in December, Gary and I decided that we would go to an away Munster match – the last one we were at was back in 2008. We decided Northampton v Munster in January or this year would be a handy one to get to, so I set about to buying match tickets, car rental and flights – all without breaking the bank.

The match itself was super – Munster’s best performance of the season so far! Of all the matches we could’ve gone to, this  one was fantastic. And the Northampton supporters were absolutely super. A very enjoyable trip all round.

Thanks to Gary for coming along and thanks to the Dervish family for putting us up!

So, I’ve finally taken the time out to start a new project. You may remember that I did a 365 project back in 2009 where I took a photo a day for the year. I learned a lot, but haven’t really exerted myself (in photography) any further in the meantime. So this time, I’m going to take 50 shots at 50mm (using my EF 50mm 1.8 – a cheap and very cheerful prime lens). There is no theme, this is more of an exercise to get me out and about with the camera – to get me thinking again.

Anyway, this is the first shot in the series – our pup, Archie. I took this earlier this month shortly after I decided to commit to doing the 50@50 project. A decomissioned railway line runs by Adare which makes for a nice walk. Archie loved it and I’m proud to report that this is the first time he ever obeyed the ‘stay’ command. Clever pup!

As usual, all feedback is very welcome! Comments or Critique? Leave it below!