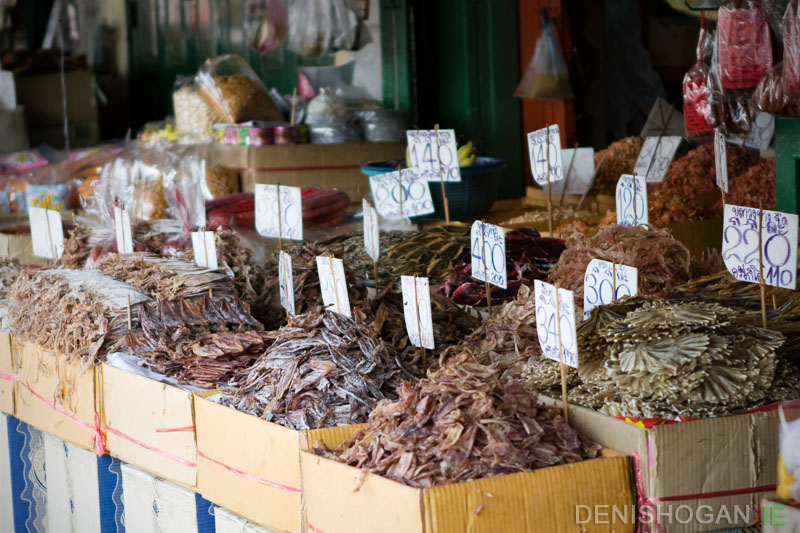 A stall selling dried fish outside Wat Pho in Bangkok.

I’ve never seen such a perfectly formed Lily before – nevermind a blue/purple one. Taken just below “Big Budha” on Ko Samui, Thailand. 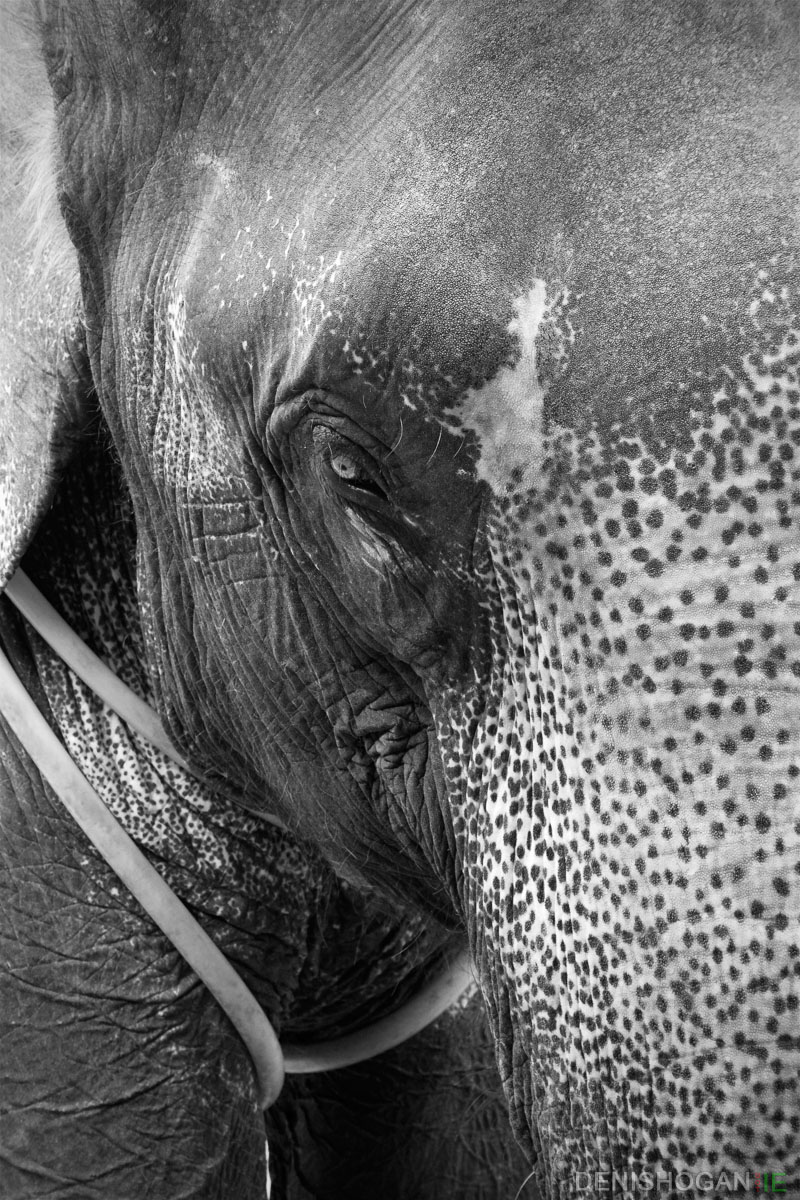 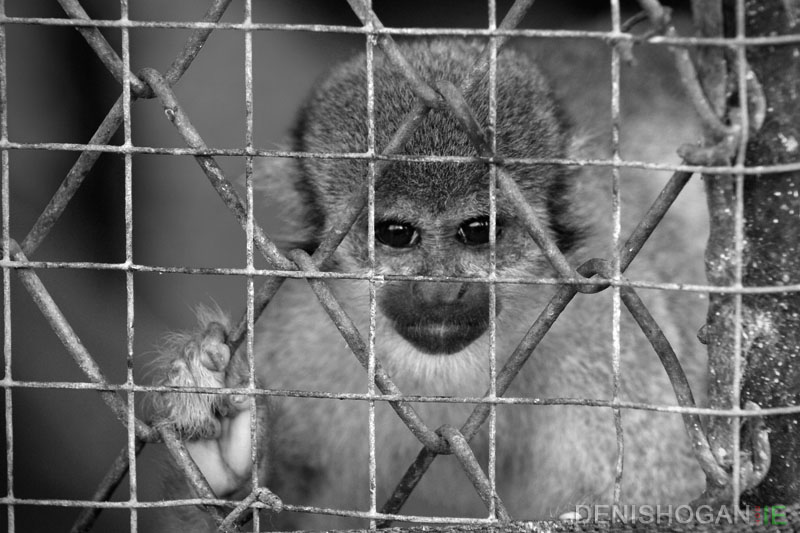 I want to break free

Taken at the same Zoo on Ko Samui. I don’t know if thats a look of determination (to get out), sadness or boredom.

< Little else to do
Home
Nelly > 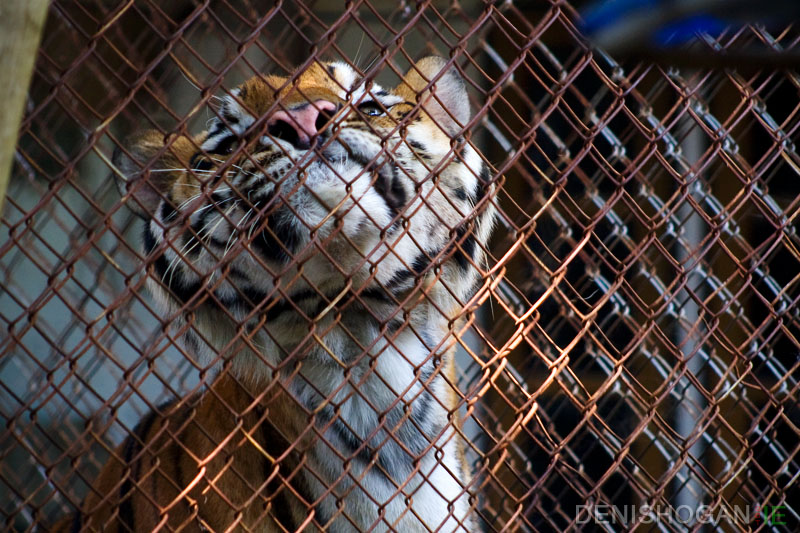 Little else to do

There was a “Zoo” just down the road from our hotel – full of Tigers, Leopards and other amazing animals. I hate seeing such a beautiful animal locked up in such a small pen. This particular Tiger (which was huge by the way) just kept scratching his nose and chin on the fence of his enclosure. I suppose there was little else for him to do. 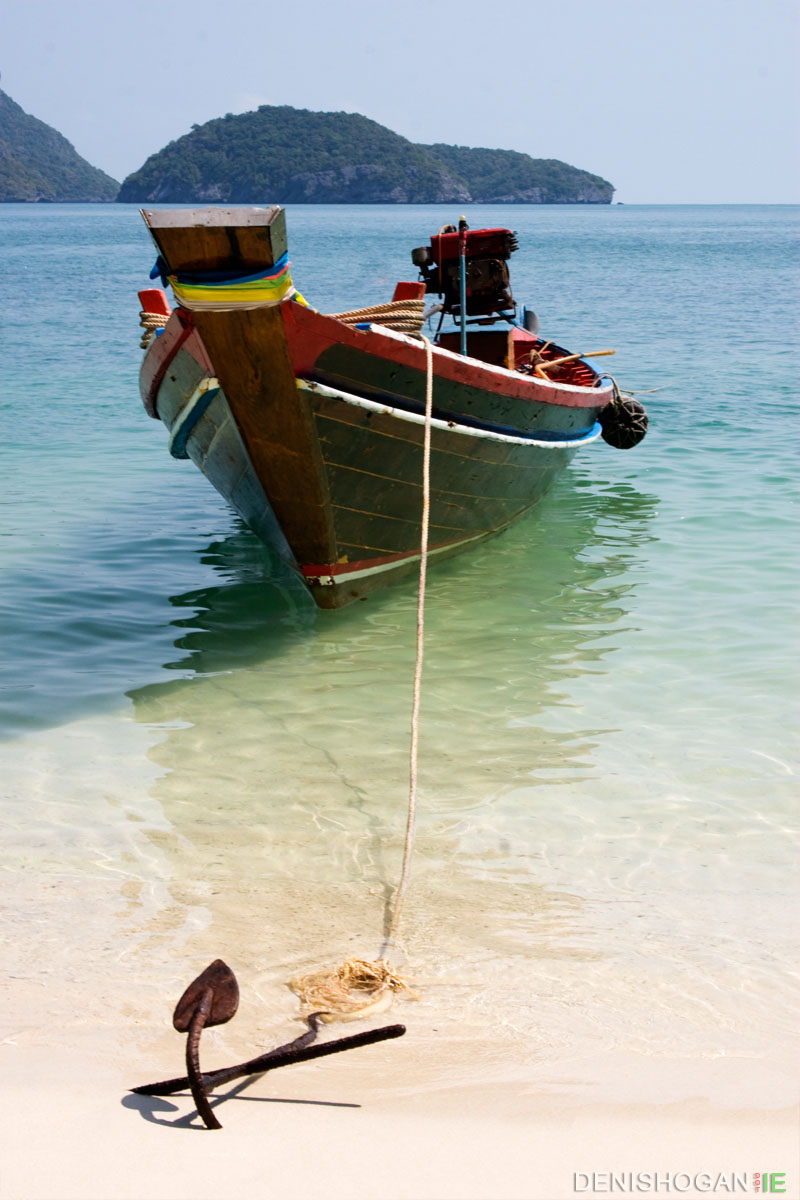 < Scales
Home
Little else to do > 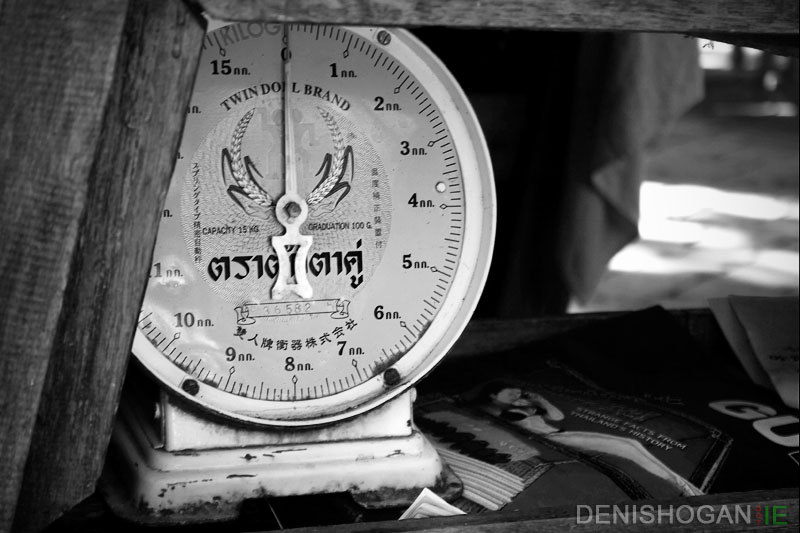 Weighing scales on the side of the street in Chaweng, Ko Samui.

One from the archives. Taken at the Limerick Tunnel open day last June (2010). The newly built tunnel under the river Shannon was opened for the public to walk for one day before it was opened to traffic. Kevin, Barry and I went along for the walk. I forgot I had processed this one and just found it today – with travel still very much on my mind, I thought I’d post it.