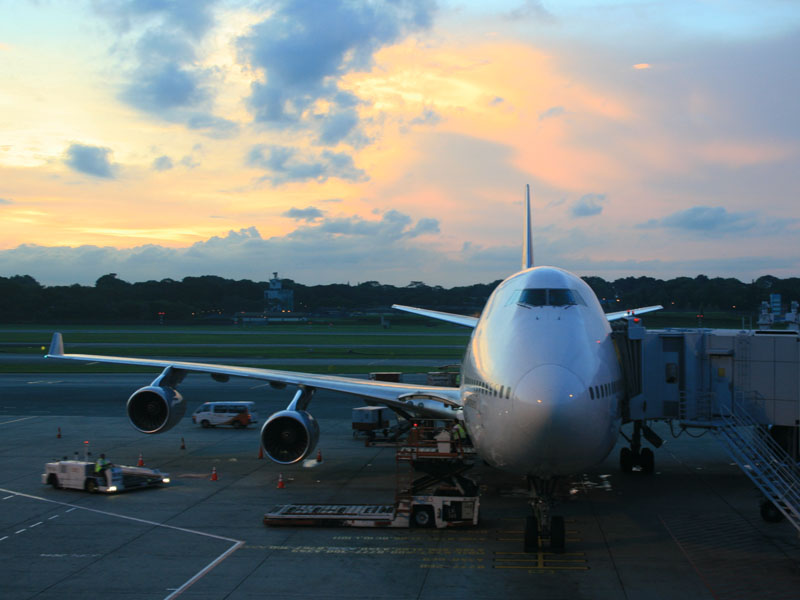 In Singapore Airport, still a little the worse for wear after the Six Nations party, I decided to take a shot of our bus to Sydney – the original “King of the Skies” – the Boeing 747-400. The first time I ever saw a 747, I was amazed at how big it was – 24ish years later, I’m still amazed. Although the interior of this particular one was looking dated, it’s an awesome machine. Just to put it’s size into context, that little winglet (sticking up at the end of the wing) is 1.8M (six feet) tall.

< And we’re off!
Home
Welcome to Australia >